Escape dry land and jump into one of three area lakes only minutes from town.

Clear water, an abundance of recreational activities and close proximity to Branson make Table Rock Lake a wildly popular destination, especially in the summertime. At normal pool, Table Rock covers more than 43,000 surface acres and 745 miles of shoreline. Like all lakes in the White River watershed, Table Rock Lake levels are controlled by the U.S. Army Corps of Engineers and fluctuate based on local and regional rainfall amounts. Fourteen marinas and 16 public campgrounds service lake-goers here. One of the largest, State Park Marina, is located near the dam and the Dewey Short Visitor Center. Lakeview homes and property can be found all over the lake in Branson and in other lakeside towns, such as Branson West, Kimberling City, Shell Knob, Hollister, Ridgedale and Reeds Spring.

Taneycomo is the cold tailwaters of Table Rock Lake. When the dam generates power, the temperature of Lake Taneycomo drops noticeably, and the current gets stronger, making it seem more like a river than a lake. These conditions make it ideal for trout fishing, a year-round sport for many visitors. The Shepherd of the Hills Trout Hatchery releases 700,000 trout into Lake Taneycomo and recycles fish waste and dead fish. Not a fisher? Take a spin on Branson Jet Boats, a jet-powered ride that stops, spins and dances on the lake during an hour-long tour that might make a splash along the way. Tours are open May through October and launch from the Branson Landing, so stop in and schedule a tour. Much of the shoreline along Lake Taneycomo is privately owned and offers some of the best lake view properties in central Branson. 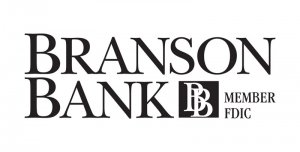 The last in a chain of four lakes that make up the White River watershed, Bull Shoals Lake is the largest, with record lake levels reaching more than 40 feet above normal pool. Because water levels can fluctuate so drastically, a wider swath of shoreline is owned by the Corps of Engineers and remains preserved, untouched and undeveloped. Lake view property is situated further from the lake, but stunning lake view properties are out there, and landowners can apply for private dock permits in designated areas. Folks love boating on Bull Shoals Lake because it is less crowded, but fishermen, water sports enthusiasts and scuba divers call the lake home as well. Bull Shoals Lake covers approximately 48,000 surface acres and 740 miles of shoreline.