Everything Nolan Fogle does, he does big. He owns seven restaurants in Branson serving nearly two-million people each year. He sponsors the professional softball team he’s on, Nightmare, and his home run record at Plato High School has stood for 30 years. So when Branson Police Chief Stanley Dobbins asked him to host a fundraiser softball tournament, he had a big idea.

“When he asked me to raise $35,000 for a softball tournament to fund National Law Enforcement Week, I told him I could maybe do it with 100 softball tournaments,” he says. “So my son and I, we dived into it. He was almost 15 at the time, and we spent a lot of time brainstorming different events. We arrived at 12 events, all in one weekend.”

A SPORT FOR EVERYONE

The 2017 Benefit the Badge ended up being a weekend extravaganza of competition. Events ranged from traditional team sports like basketball and volleyball to an indoor miniature golf tournament, checkers, Ping-Pong, dodge-ball and others.

Fogle, his son, and their family designed the Benefit the Badge Multi-Sport Tournament Series so that every person at every skill level can participate, compete or volunteer at the event. “We want to get everyone involved because this event isn’t just about competing, it’s about supporting our local law enforcement,” he says. “We had so many volunteers who made the event successfully, and around here, everyone knows a member of law enforcement. They’re a friend or a family member, and so supporting them is important to all of us.” 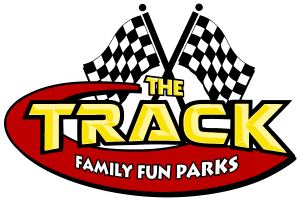 “Donations, facility usage, sponsorships, volunteer opportunities, you name it, every single one said yes except for one,” he says. “We had local business owners who would build something and donate it. It was all they could do, but it’s so humbling to know that they just did it to support our police officers.” And Branson locals weren’t the only ones who said yes. Celebrities, internationally acclaimed athletes and famous musicians all contributed items to Benefit the Badge’s silent and live auctions.

“Tom Brady sent a signed picture,” Fogle says. “We had signed guitars from Garth Brooks, Toby Keith, all of the Rolling Stones. People donated pieces like a signed photo of all five living presidents and a guitar signed by Elvis. And all of it came with letters of authenticity. It was amazing.”

In all, Benefit the Badge raised $110,000 in its first weekend. Law enforcement from Stone County, Taney County, Branson, Branson West, Hollister and Merriam Woods all benefited from the event, with life-saving equipment purchased for officers. But Benefit the Badge’s impact keeps growing. Due to the fundraiser’s success, Miken Sports asked Fogle to be their spokesman and ambassador for Heroes Mission, the company’s nation- wide fundraising efforts for first responders. And this year, Miken will create a Benefit the Badge bat, featuring the Benefit the Badge logo. Proceeds from the bat sold in stores nationwide will support the fundraiser.

But for Fogle, raising money is just one big goal among many. “My dream would be in 10 years, we have accomplished the recognition of all the positive, amazing things that law enforcement officers do across our country,” Fogle says. “I hope we save multiple lives in the line of duty. But I also hope we help change the environment around police officers who do so much for all of us.”